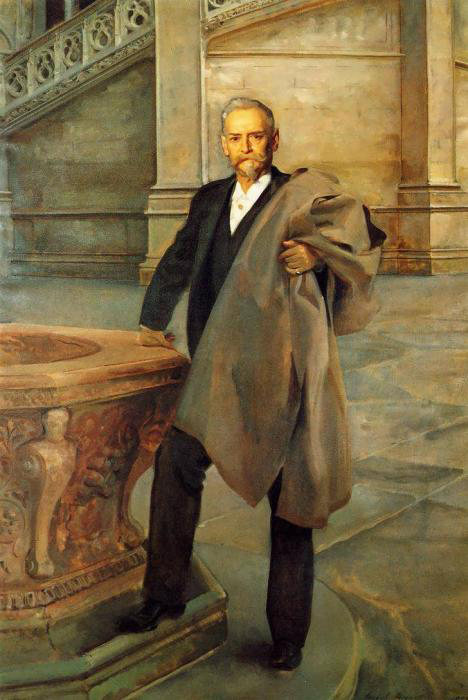 Richard Morris Hunt, FAIA, a liaison between the United States and France

Excerpt by R. Randall Vosbeck, “A Legacy of Leadership: The Presidents of the American Institute of Architects

Hunt returned to New York in 1855 and opened his Tenth Street Studio, modeled after the French atelier. His training at the École des Beaux-Arts, along with his extensive travels and work in the Lefuel atelier in Paris, undoubtedly made him one of the best prepared and trained architects in the United States, and he recognized the need for more adequate training of U.S. architects. In the atelier tradition, Hunt taught many young men, many of whom later became well known in the profession, among them Robert Ware, founder of the first collegiate school of architecture at MIT, and George Post and Henry Van Brunt, both of whom became AIA presidents. Hunt’s atelier continued for many years, and he thus had a significant influence on how architecture education developed in the United States.

Even though Hunt was a relatively young man, his practice and his reputation grew rapidly. His first commission in New York City was a town house for Dr. Eleazer Parmly. Hunt’s detailing was not particularly thorough, and Parmly refused to pay Hunt’s fee. Hunt sued the doctor, and the verdict helped the profession affirm a fee schedule for architectural work, which differentiated trained architects from carpenter-craftsman. This verdict established Hunt’s commitment to protecting and advocating for the professional rights of architects. 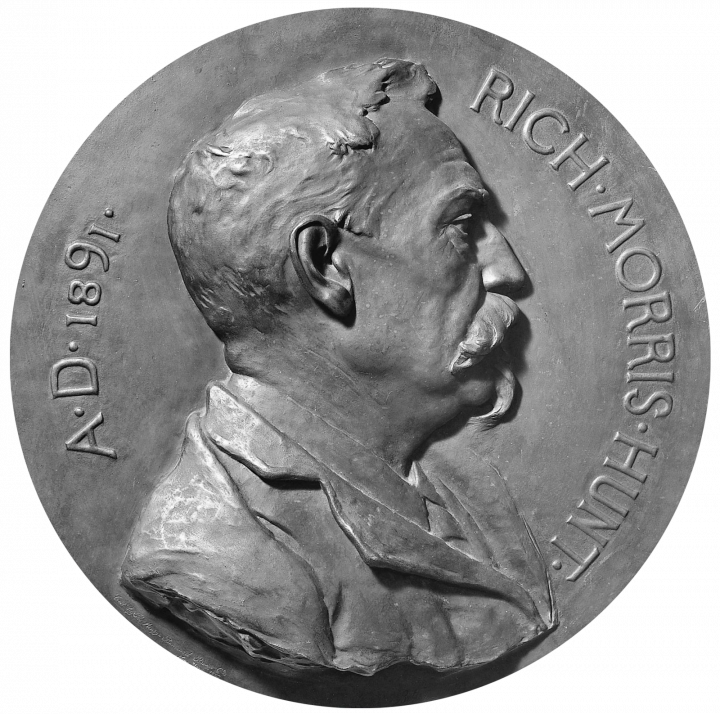 Hunt briefly worked for Thomas U. Walter in Washington, D.C., on the U.S. Capitol extensions. This is noteworthy as Hunt followed Walter as AIA president and, like Walter, he was known as the “dean” of American architects.

The Presbyterian Hospital in New York is among Hunt’s earliest work. Its detached pavilions, with large windows for light and ventilation, showcased the latest ideas in health care design. The Lennox Library of the same era was monumental and dignified. His Stuyvesant Apartments (1869) on East 18th Street was the first American apartment building. This building, designed in a rather ostentatious French urban mode, established a precedent for grand houses for the social elite and the nouveaux riches of the Gilded Age.

Perhaps the most notable of Hunt’s commercial work was the eight-story Tribune Building (1873; demolished 1966), one of the earliest with an elevator. At 260 feet, it was the tallest building in New York City except for the spire of Trinity Church. Hunt’s design work can also be seen on the pedestal of the Statue of Liberty and the façade of the Metropolitan Museum of Art. 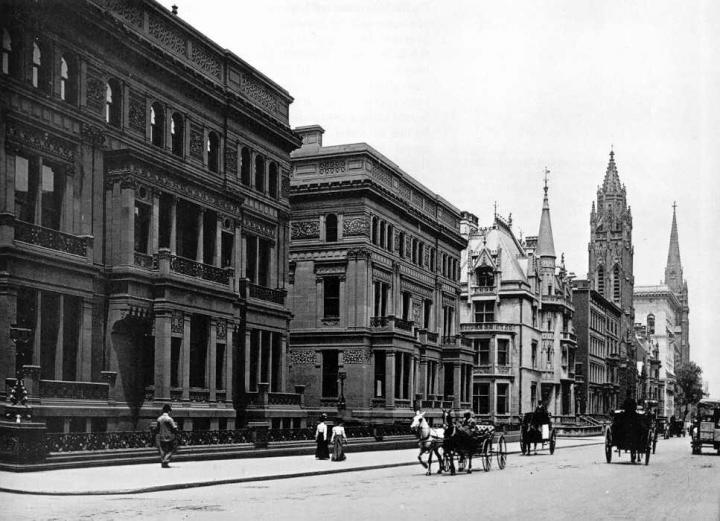 Hunt gained considerable attention for his design of numerous picturesque houses in Newport, R.I., the most fashionable resort of the time. His work set the stage for the “palace construction” that became popular in the late 19th and early 20th century. It has been said that designing large houses for wealthy patrons was perhaps Hunt’s most gratifying work, and this building type became a significant portion of his practice. Hunt’s friendship and association with the Vanderbilt family culminated in the design of the Biltmore House for George Vanderbilt in Asheville, N.C. This summer chateau, designed and built from 1888 to 1895, has 255 rooms and is set on 125,000 acres. 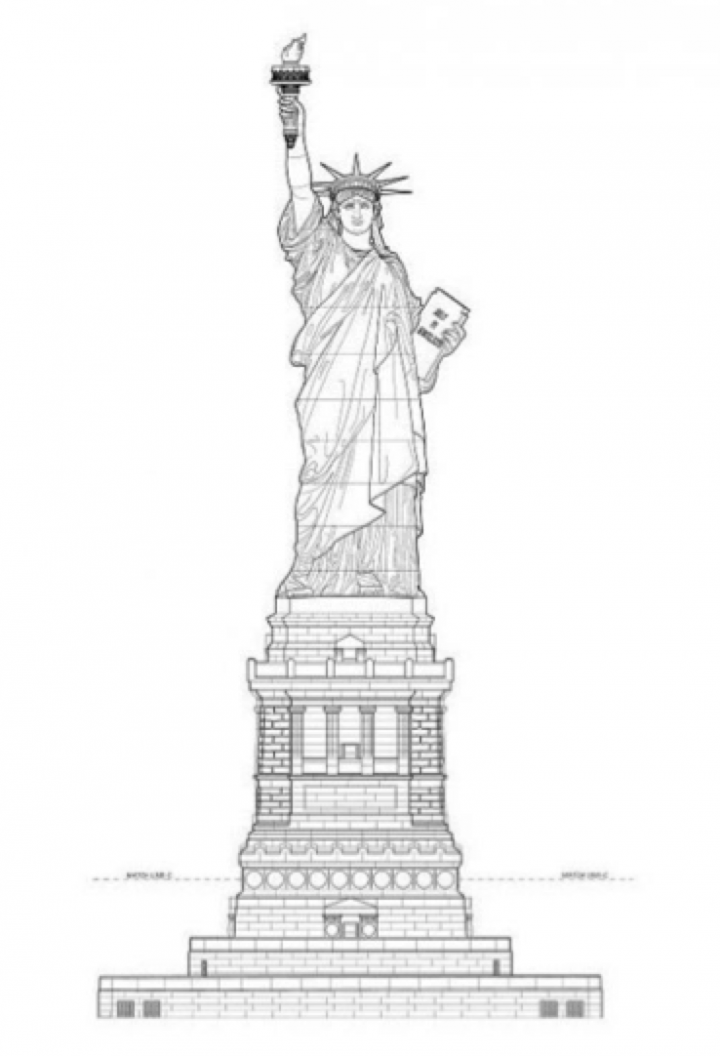 Hunt is also well known for his work on the 1893 World’s Columbian Exposition in Chicago. Daniel Burnham, director of the works of the exposition, had called together many of the nation’s most significant architects, mostly from the East, to serve as the fair’s Board of Architects, and Hunt was elected by the board to serve as its chair. In commenting on Hunt’s election to this position, Henry Van Brunt later wrote, “The natural dominance of the master again asserted itself without pretension, and we once more became his willing and happy pupils.” Hunt helped establish the neoclassical character of the fair’s buildings. The gold and white dome of his monumental Administration Building was the focal point of the exposition. The design of this building was instrumental in the selection of Hunt to receive the Queen’s Gold Medal of RIBA. 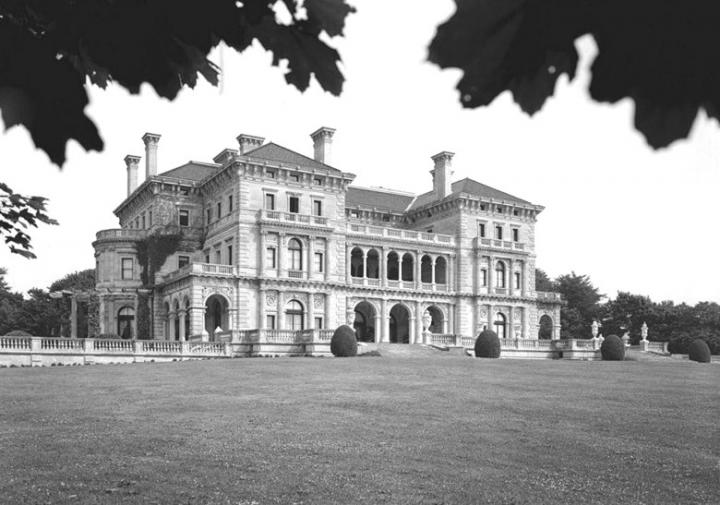 Richard Morris Hunt’s significant achievements in design, education, and many other aspects of the profession brought him the following honors: 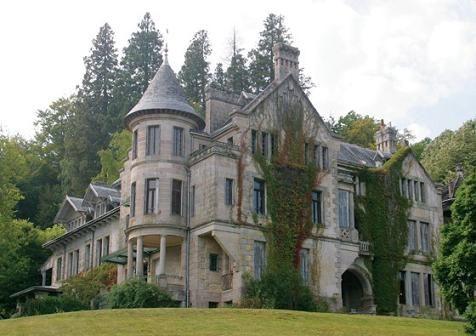